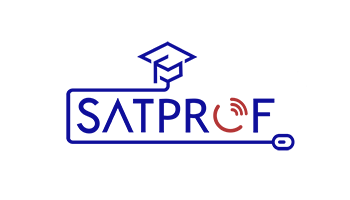 Mr. Selzer has managed and engineered a wide range of earth station system project at C-, Ku-, and Ka-band, for communications, broadcast, and other applications. He has previously served at Zilliox and Associates as a satellite engineering consultant and at Andrew Corporation as system engineer, project manager, and business unit manager in Europe and the U.S.  He received a B.S.E.E. degree from Southern Methodist University in 1992.

Pete founded SatProf with Ralph Brooker 2005, after they had worked together for many years in satellite systems engineering at Andrew Corporation.  Pete held a B.S.E.E. from Pennsylvania State University and an M.S.E.E. University of Southern California, and did post-grad word the University of Texas, Dallas.

His satellite career began in the 1970’s at Hughes Aircraft, Space and Communications Group where he was a satellite flight hardware and ground system electronics design engineer.  He subsequently founded Dal Sat, where he designed RF converters and monitor and control systems, performed turnkey installations of major earth stations, and built the first Satellite News Gathering vehicles.

For many years he led Zilliox and Associates, an engineering consulting firm with a small, highly specialized, engineering staff; clients included major telecommunications companies, satellite equipment manufacturers, and specialized satellite service providers. At Andrew Corporation he was Senior System Scientist in the satcom group. There he was instrumental in steering the company into large Ka-band antennas and systems, and was the in-house expert, go-to person, and mentor for a generation of satellite RF systems engineers.

Pete and Ralph left Andrew in 2005 to start SatProf, initially as a consulting firm, but quickly focusing on online technical training. Pete’s extraordinary experience, judgement, and integrity were critical to building our reputation as the premier provider of technical training for satellite technicians around the world, through a long-standing relationship with GVF which continues today, with over 20,000 students reached.

He retired from SatProf in 2017 to spend more time with antique radios, motorcycles, and grandchildren.  We lost him to cancer in August 2020, but his legacy as an extraordinary engineer and man of integrity lives on through the many colleagues he influenced.